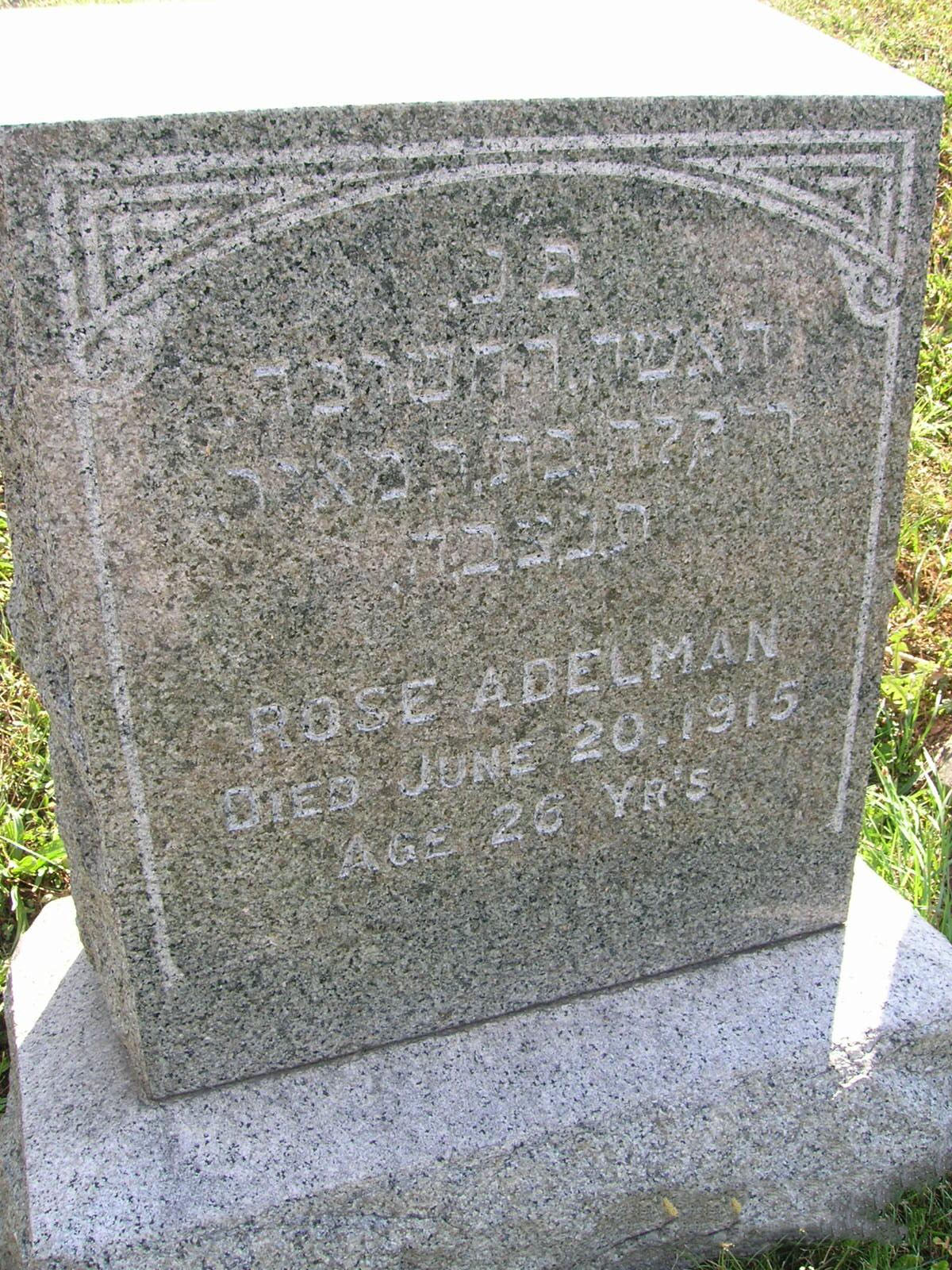 
Mrs. Louis Adelman died at her home, no. 1427 S. State St., at 4:30 p.m. yesterday afternoon, death was caused by paralysis, from which Mrs. Adelman had been a sufferer for more than two years, three weeks after the birth of her little daughter, Chermy Charlotte Adelman, Mrs. Adelman was stricken with paralysis, and though she partially recovered from the shocks, her health has been failing slowing since. The woman was not yet 26 years old, she is survived by her husband; her daughter, 2 1/2 years old; her mother and father, Mr.and Mrs. M.R. Goodrich; and five sisters, Mrs. Sam Steinberg, Mrs. Herman Tupper, Miss Maybel Goodrich, Miss Marion Goodrich and Miss Evelyn Goodrich. The funeral service will be held at the home in South State St. at 2:00 p.m.
Post Standard, Monday June 21 1915, page 7
Burial Location
SR35