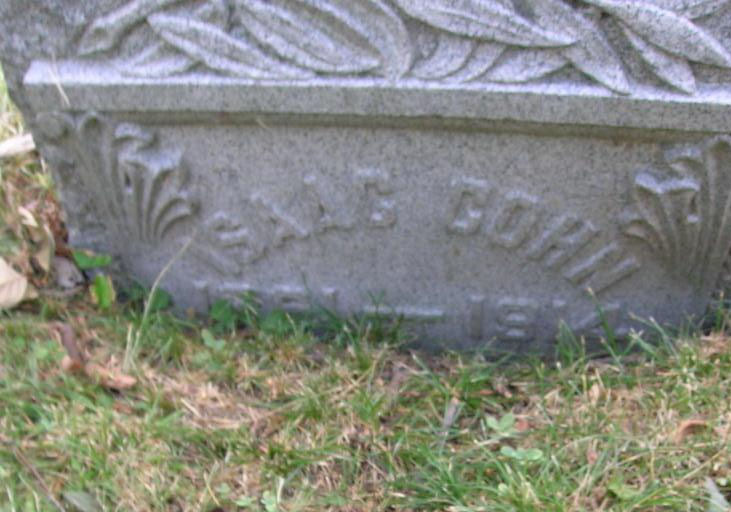 Isaac CohnHUSBAND DEAD, WIFE ILL
MRS. ISAAC COHN IN SAME INSTITUTION WHERE HE PASSED AWAY
Private funeral services for Isaac Cohn, 51, brother of Supervisor Harry Cohn of the 15th Ward, will be held at his late home, no. 1805 Lodi Street, at 2:30 p.m. tomorrow afternoon. Mr. Cohn died Monday night at the Syracuse Hospital for Women and Children. His wife is ill at the same hospital and, although she is still weak, she was informed of the death of her husband yesterday morning. They occupied rooms directly opposite and could see each other from where they lay. Mr. Cohn was taken to the hospital December 26 and was followed a day later by his wife. It is expected that Mrs. Cohn will recover. Besides his widow, Mr. Cohn is survived by four brothers, Harry and Louis Cohn of this city, Reuben Cohn of Boston, and Jacob Cohn of Springfield. Mr. Cohn had conducted a restaurant at No. 701 Grape Street for many years.
Post Standard, Wednesday, January 14, 1914, page 11.
Burial Location
133