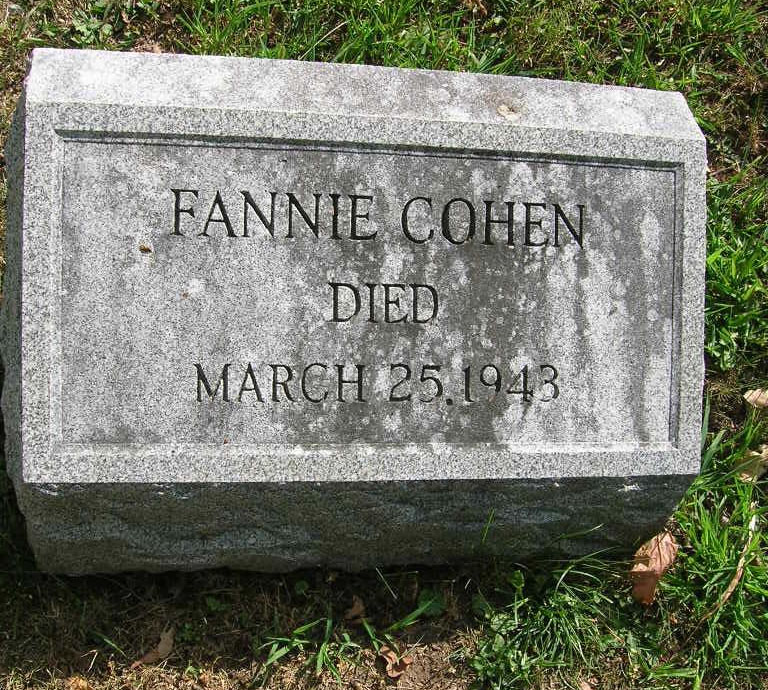 MISSING WOMAN DISCOVERED IN LAKE
The body of Miss Frances Cohen, 48, of 314 Irving Avenue, who had been missing since January 6, was discovered on the shore of Onondaga Lake yesterday. Coroner H. Ernest Gak reported she had ended her life due to melancholia. Two teenage boys discovered the body Wednesday night, but did not report it until yesterday morning. As they were walking along the shore toward Syracuse, the boys, Gregory John Charles, 12, and John Paul Baldwin, 13, who had been staying at the home of Mr. and Mrs. John F. Killian, Fay Road, Liverpool Road, noticed the corpse. They said nothing when they reached the home of Johns mother, Mrs. Mary Baldwin, 314 Wallace Street. They reported in the morning to Miss Mary H. Hopkins, investigator of the Childrens Division of the Welfare Department. The sheriffs office was notified and the body, which was lying on the rocks near the salt pool, was recovered by deputies under direction of Sheriff Tindall. An investigation revealed that the body answered the description of Miss Cohen given by her sister, Mrs. Anna Jacobs of 534 Westcott Street who had reported her missing on January 6. Mrs. Jacobs identified a diamond ring and a ring with a cluster of blue and white stones. Funeral services for Miss Cohen will be conducted at 11:00 a.m. today at the Birnbaum Funeral Rooms, with burial at Jamesville Gate Cemetery. She is survived by three sisters, Mrs. Celia Freshman, Mrs. Lottie Bernstein and Mrs. Anna Jacobs; two nephews and a niece.
Burial Location
73