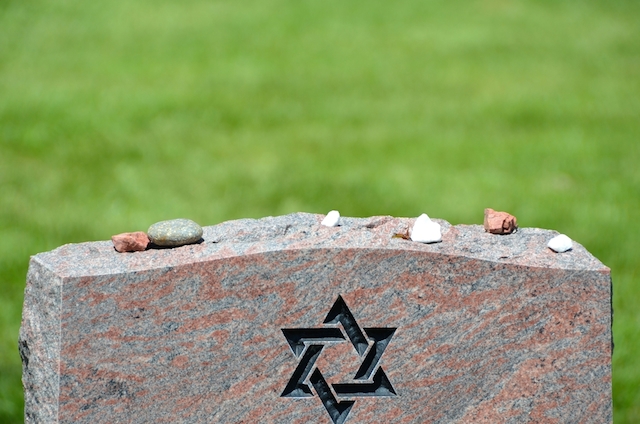 Samuel E. Goldstein, 76, City Marshall of Syracuse for nearly a Quarter of a century and father of former Alderman Emanuel Goldstein, died at 4:45 p.m. yesterday afternoon at the hospital of Good Shepherd, where he had been a patient two weeks, suffering from a complication of diseases that resulted in heart trouble. Mr. Goldstein was about his customary tasks at the Courthouse two weeks ago. He complained of feeling ill and friends persuaded him to call upon a physician on his way home. The seriousness of his condition was realized and he went from the physicians office to the Hospital. He would have completed twenty-five years of continuous service as Marshal on Jan. 1. Mr. Goldstein was born in Russia. He came to this country in 1870, coming directly to Syracuse where he obtained employment as a traveling salesman for a wholesale jewelry company, he was on the road for several years, and in 1885 was elected City Constable from the Old Seventh Ward.
APPOINTED IN 1893
He served in that capacity until late in 1892, when the municipal Court of Syracuse was projected, when Governor Roswell P. Flower organized the court Jan. 1 1893, he appointed Judge P.J. Ryan and the late Judge William G. Cady as Municipal Court Judges, Judge Ryan and Judge Cady appointed Mr. Goldstein Marshall and he served continuously until his death. "I have known Mr. Goldstein intimately for about a quarter of a century, " Judge Ryan said last night, "and have always known him to be a faithful and efficient officer. He was peculiarly well qualified to serve as Marshall" Mr. Goldstein had only one real vacation in his life, that was six years ago, when at age 70, he went abroad all alone and visited his old home in Russia. He passed two months with a brother and sister in Russia and returned to see Woodrow Wilson inaugurated president.
Post Standard, Thurs. Oct. 18, 1917.
Burial Location
93 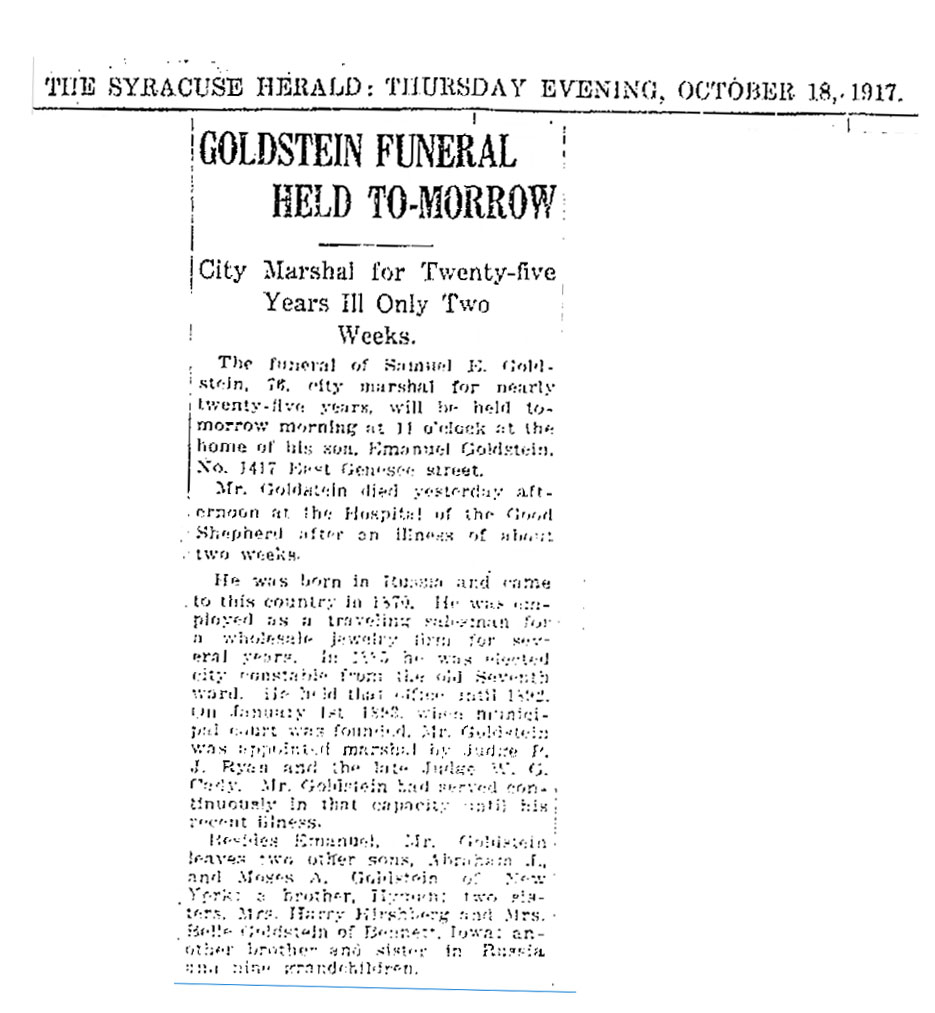