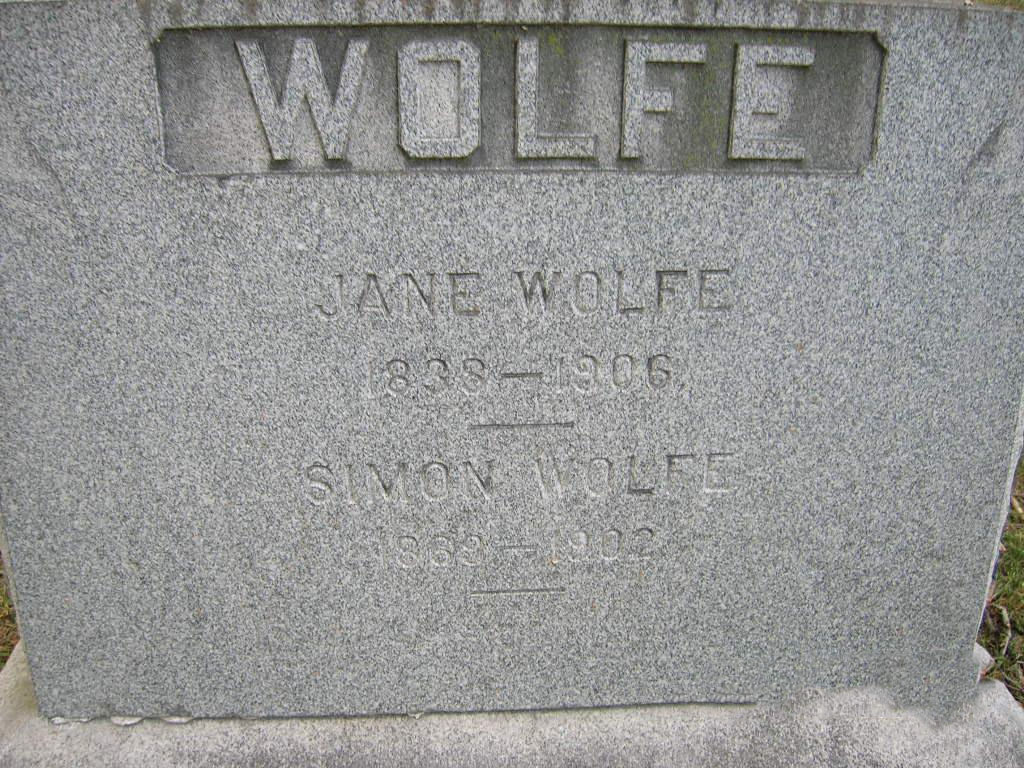 WOMAN DIES SUDDENLY
Mrs. Jane Wolfe, calling to her daughter, fell on the table after finishing her breakfast this morning about 8:00 a.m. Mrs. Jane Wolfe of No. 224 Cedar St. called to her daughter, Miss Eva Wolfe, and fell forward on the breakfast table. Mrs. Wolfe arose at an early hour this morning and attended to many little duties, as was her custom, and appeared to be in her usual good health. She sat down to her breakfast alone about 8:00 a.m. and suddenly her daughter heard her call. Miss Wolfe hurried into the dining room, but before she could reach her mothers side, she had fallen forward on the table. Dr. Jessie S. Heiman was called and pronounced life extinct upon his arrival, giving heart trouble as the cause of death. Coroner D.F. Mathews was notified. Mrs. Jane Wolfe was born in Germany and came to this country when she was 9 years old. Her husband, Lewis Wolfe, died about 18 years ago. She is survived by one son, Solomon Wolfe, and three daughters, Miss Eva Wolfe and Mrs. S. Kopelwich of this city and Mrs. Max Cohen of Rochester. The funeral arrangements have not been made.
Syracuse Herald, Jan. 24, 1906
Predeceased by son Simon Wolfe 1868-1902
Burial Location
2010