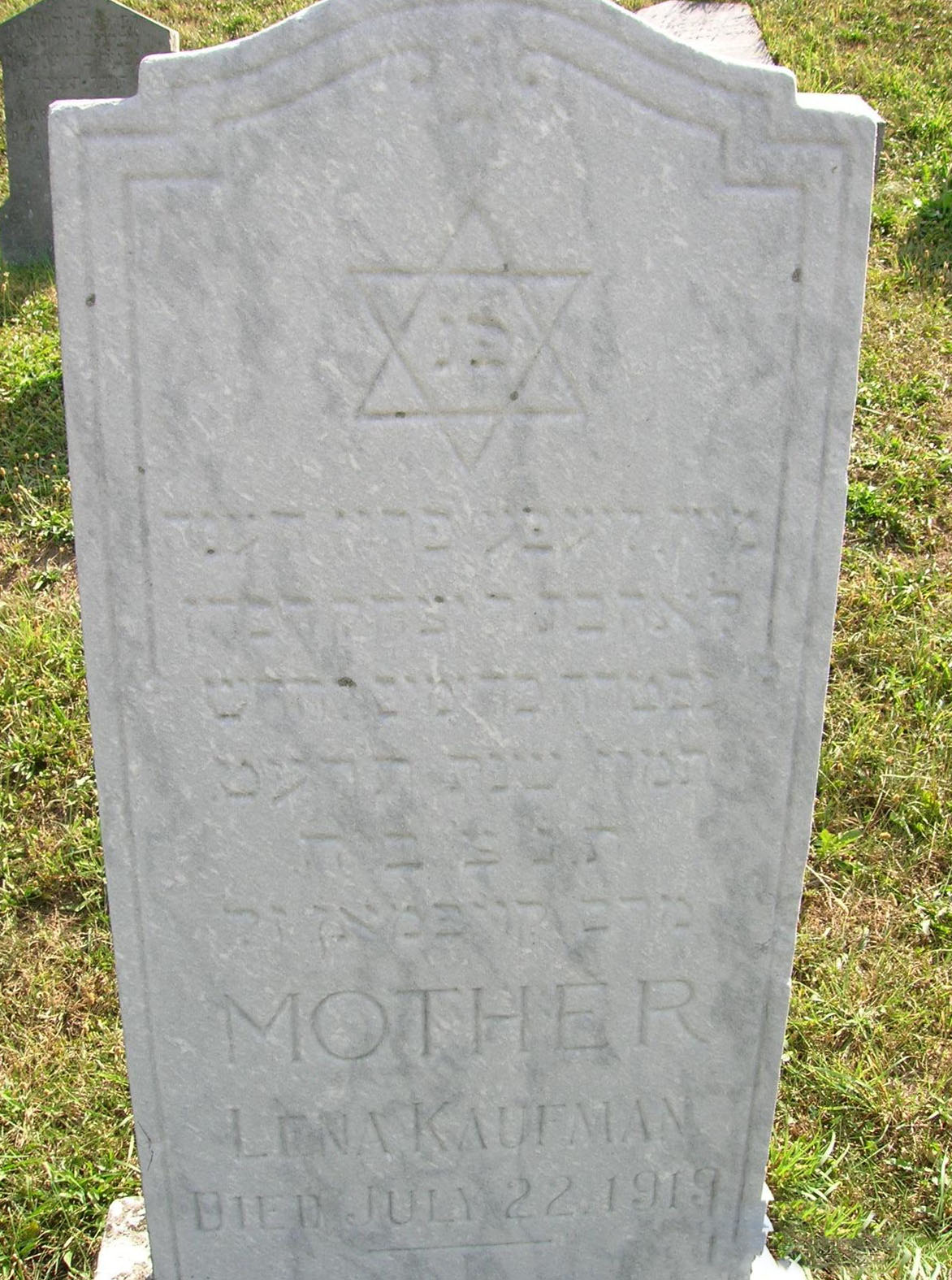 
WOMAN DIES AFTER SLEEP OF 52 DAYS.
Post Standard, Wed. July 23, 1919, page 6.
After lying for 52 days in a coma from which medical skill from the state failed in efforts to arouse her, Mrs. Barnett Kaufman died last night at Crouse Irving Hospital. On Decoration Day she passed into unconsciousness and not since that time has she opened her eyes to recognize her children who have kept a vigil at her bedside. The case which almost establishes a record in medical history, attracted the attention of the country. Scientists who have studied it pronounce it unusual in the extreme and from every part of the country men of men medicine have sought almost daily word of the womans condition. Not until Sunday was her life despaired of. This change came at a time when her children left her bedside to seek a rest in their home in another city. Word was sent, but it failed to reach them in time and their mother died before they arrived at the hospital. A weakening of the heart, which up to that time had been strong and almost normal it its action, was given as the cause of death.
UNABLE TO DIAGNOSE CASE
Although the strange case has been studied from every angle, no correct diagnosis has yet been agreed upon. It resembled in many respects the sleeping sickness. It differed only that this coma was the result of paralytic shock. In the long night of sleep during which many days of sunshine gave way to darkness, no sign was given by the patient that she was cognizant of the movements about her. Her children came and went, but always one remained at the mother\\'s side, pleading her to open her eyes and speak to them. It has been claimed by physicians who have attended Mrs. Kaufman that a two weeks sleep of the same kind would so weaken the system of the average human that it would be fatal. It was the contention of the patients children that if she would only come to consciousness for a moment, they could make her stay awake by a play upon her will power.
LOST SPEECH
It was pointed out by them that during the previous stroke, she had lost her speech, but regained it by a shock. This was in 1917. The woman remained speechless for months. When her son, Philip, died she was taken to see his body. She burst into a scream and after that was able to converse. On May 30, Mrs. Kaufman was sitting on her porch at her home, No. 916 Ackerman Ave., when the coma came upon her. She had been talking with her husband and her son, Harry. When she failed to answer one of their questions, they thought she had fallen asleep in her chair, and failed to arouse her. She was taken to bed and a doctor called. For days she remained asleep at her home, but later was taken to the hospital for a wider study of her case. Mrs. Kaufman was 67 years old and up to the time of her first paralytic shock, had always been in a healthy condition. 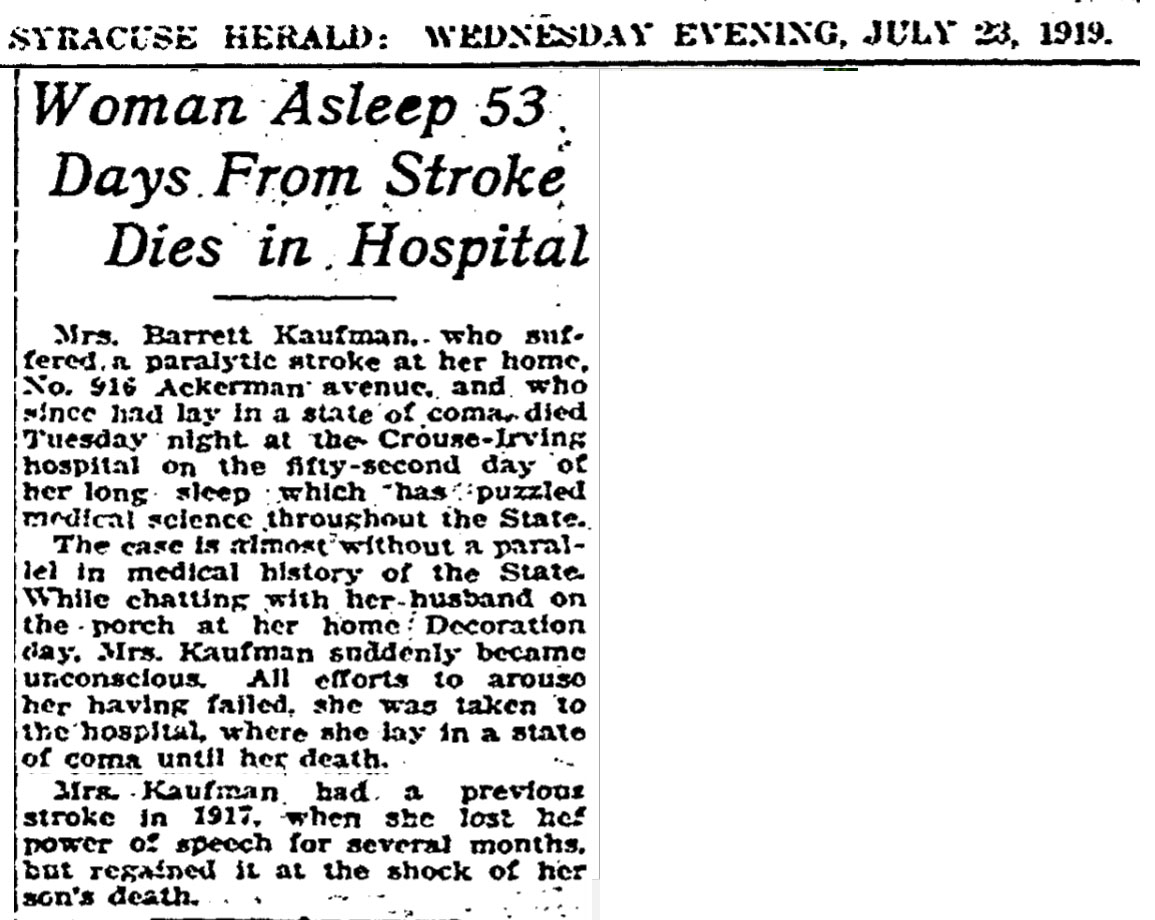