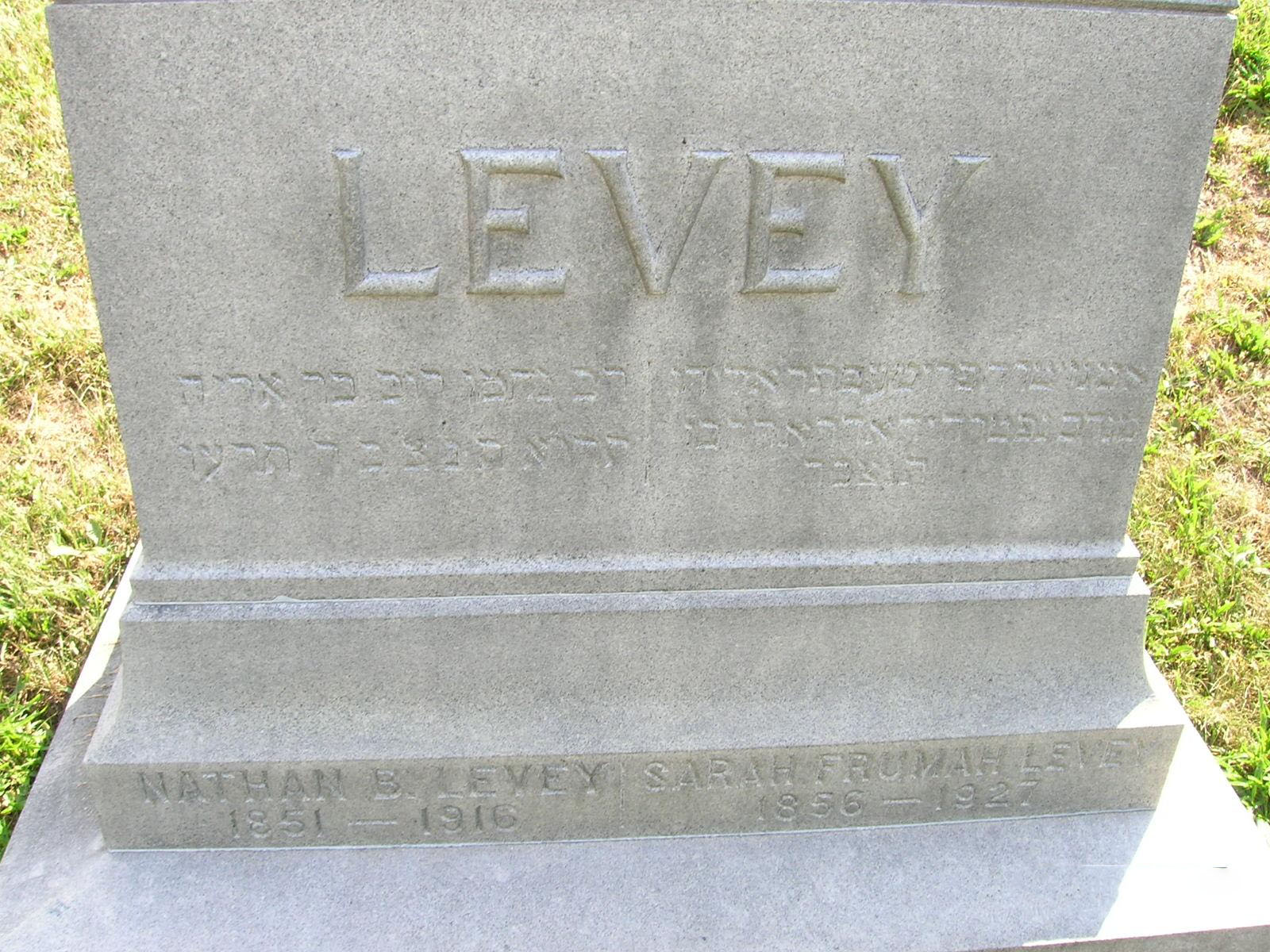 
Nathan B. Levey to be buried this afternoon. Sixteenth Ward man was strong supporter of Colonel Roosevelt. The funeral of Nathan B. Levey will be held at 2:00 this afternoon at the family home, No. 610 Jackson St. Burial will be made in Jamesville Gate Cemetery. It is expected that members of Syracuse City Lodge, Order Brith Abraham and Sons of Judah will attend. Mr. Levey, who was senior partner in the firm Levey and Levy, Reality Dealers and Brokers, died Thursday at the Crouse Irving Hospital. During the recent fight in the 16th ward between Ray B. Smith and George R. Fearon for member of the Assembly, Mr. Levey campaigned in the interests of Mr. Smith and through his efforts Mr. Smith succeeded in carrying the 3rd District. Mr. Levey was an admirer of Colonel Roosevelt and when the Progressive Party was formed, Mr. Levey was elected Progressive Committeeman from his District and was also chairman of the Ward Committee. He was a past President of Syracuse City Lodge, Order Brith Abraham. Besides his widow, Sarah, he leaves seven sons, Harry of New York, George of Canastota, Maurice D. of Cortland, A.L. of Oneonta, Albert, Herbert R. and Louis Levey of this city, and four daughters, Mr. J. Burr of Rochester, Mrs. M. Share of Montreal, Canada, and Mrs. H.I Block of N. Platte, NE, and Lillian Levey of this city.
Syracuse Herald, Sun. April 2, 1916.
Burial Location
42